Ben Hayman is a Special Olympics athlete who has engaged support workers through Hireup.

Ben’s mum Jo said they heard of Hireup through one of Ben’s golf coaches. Since joining the platform, the Haymans have recruited three support workers who assist Ben with his needs and pursuits.

One support worker is a volunteer golf coach who takes Ben to his Special Olympics golf training each week, as well as helping him fit in some practice shots and even taking Ben and his best friend on outings to dinner, karaoke, or the movies.

Another support worker whom Jo described as “like a grandmother” to Ben drives him to dance class and they frequently share a meal together afterwards.

The third support worker helps Ben with his physiotherapy exercises.

Jo said that she is impressed by the carers from Hireup who have worked with Ben.

“They are loyal, kind, patient, and become friends to Ben. I am so glad Ben has them in his life.”

Having Hireup carers has also been a boon to Ben’s independence, Jo said.

“He has really enjoyed going out with other people besides his family members.”

Despite having a physical and an intellectual disability, Jo said Ben is a young man with a full life.

“He would not be able to access all the activities he likes to do without having these great carers.”

“Having Hireup carers
has given Ben such independence”

Since he was a young child, Ben Hayman has loved playing sports, especially tennis. Ben’s mum Jo found, however, that coaches would not take him on because of his intellectual and physical disability.

Fortunately, Jo discovered the Special Olympics tennis program through another parent of a child with a disability.

Seventeen years later, Ben is still attending tennis coaching every week together with Jim, his best friend and doubles partner, whom he met through the program.

“They love to play tennis or any sport really, they have sleepovers, they talk on the phone, they both have a great sense of humour and are very sociable.”

Jo said that the regular activity in which Ben participates through Special Olympics has a beneficial impact on his health.

“Ben has learnt so much about moving his body to the ball on the tennis court, where to stand when serving and receiving – it has been incredible watching him improve.”

“He loves music and is amazingly good at remembering and doing the dance moves. He has performed with his dance group a few times now and he loves it.”

Jo said that it has been a fantastic experience for Ben to learn the skills required to play sport and perform in dance concerts, as well as to travel independently for tournaments.

When Ben travelled to Melbourne for an interstate tournament with his team, Jo said she was “terrified” about how he would manage things like dressing and tying his shoelaces.

“It gave me the inspiration to make him as independent as possible in all areas,” Jo said.

“That was a great outcome, let alone how proud I felt about Ben playing in a state tournament. 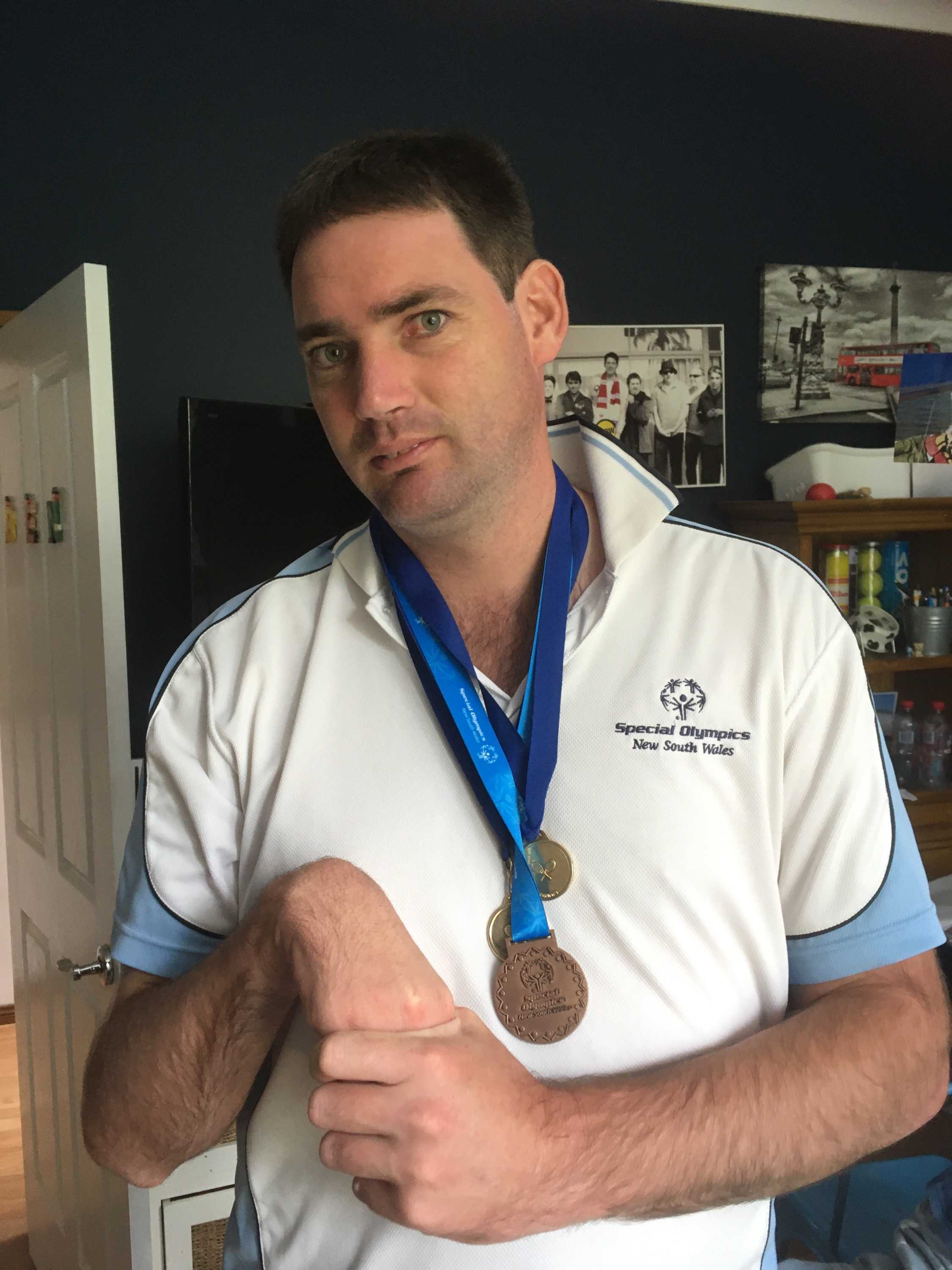 Special Olympics Australia strives to ensure that everyone living with an intellectual disability can participate in sport. We provide: