My son Kai was born with Down Syndrome in 1987 and joined Special Olympics when he was six(6). I started attending the monthly meetings as a parent for several years and assisted in the inaugural Junior Championships which were held in Launceston in 1996.

I became a committee member around 2000 and was elected Chairperson in 2005. Unfortunately, at this time I was working away from home for long periods and stepped down from the role for 2 years when I was once again elected as Chairperson, a position I still hold today.

My son tried tennis, gymnastics, basketball, bocce, aquatics and tenpin over the years and finally reduced to aquatics and tenpin. I took over the coaching of tenpin and changed the format from the normal 2 games to a regular 3 game league which has been maintained ever since. 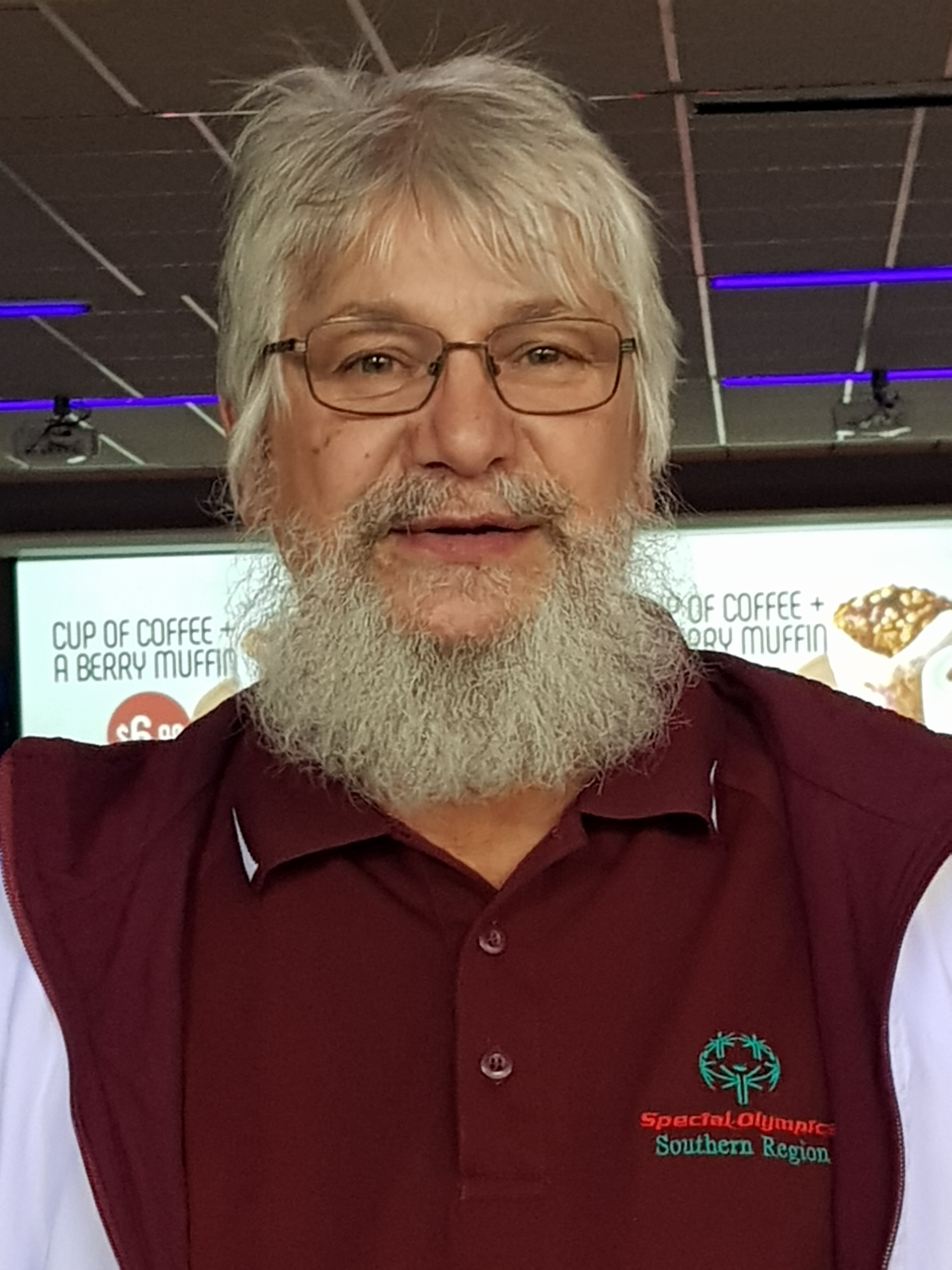