In 1989, I became involved with Special Olympics as a Coach through Lynne Taylor, who was a volunteer SOWA Sports Coordinator. I started off as a swimming coach, but later had the opportunity to offer athletics training as well as many other sports through the endorsement between Goldfields Disabled Sports Association and Special Olympics.

Over the years, I continued to train and coach athletes and had the opportunity to send them to state and national competitions. Throughout my coaching experience, I was honoured to send off two Goldfields athletes to the 1999 World Games in North Carolina.

In 2005, we held an invitational Special Olympics event, with WA, NSW and ACT and received the top award from the City of Kalgoorlie Boulder’s Annual Australia Day Awards.

In 2011, we were able to host a Regional Games which allowed us to have our very first LETR torch run, shutting off our main street to proudly march down to the town hall. 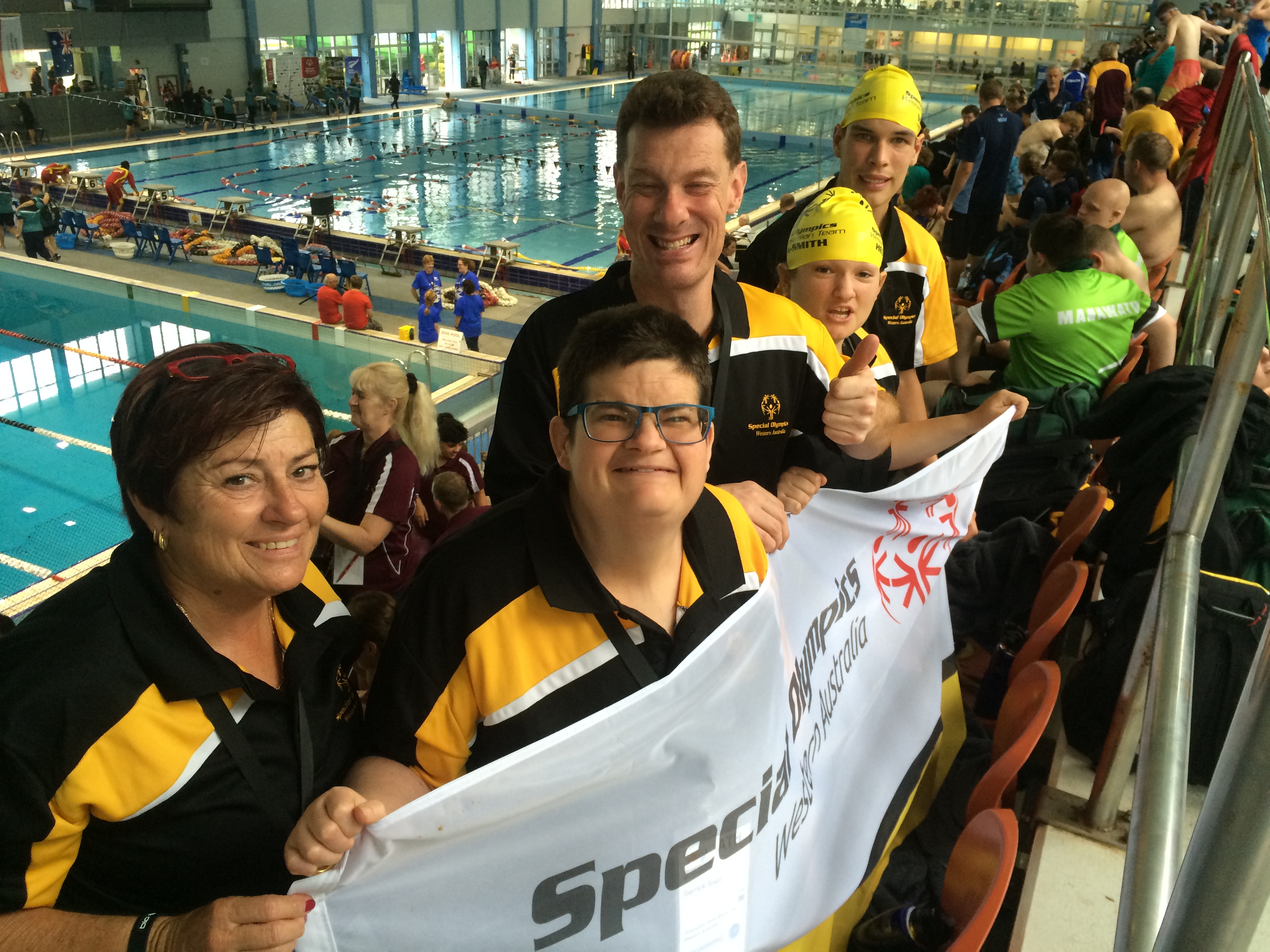 What I love about Special Olympics Australia is that it’s not about elitism. It’s about recognising everyone. We are about grass roots sports.

It’s not about the winning side but it’s about giving every athlete opportunity to participate and represent their state and their country, at their own level of ability.

Athletes can start at grassroots sports but end up representing their country – eg. Like an athlete who only started off by swimming 25m, became stronger and fitter through training, and eventually represented his country at the World Games.

A memorable moment that I would never forget was when one of our Goldfields athlete attended the Australian Aboriginal Sports Award ceremony in Tasmania in 1999, where she won the Australian Disabled Sports Person of the Year award for her achievements at the Special Olympics World Games – alongside Cathy Freeman.