Can't make it to an event but want to support? Click here to make a tax-deductible donation.

The Laugh Out Loud (LOL) Comedy Breakfast is an event that will keep you smiling all day! The concept was initiated by a small number of people over a business lunch and eight years on and we are still laughing! The breakfast has grown into one of Western Sydney’s largest breakfasts, attracting 600 business people and is a must on the corporate event calendar. The event falls within the Comedy Festival each year and has partnered with The Comedy Company who provide several comedians each year to give plenty of laughs over your breakfast. This is fun, unique event which raises much-needed funds for Special Olympics Australia. Join us on Thursday 3 May 2018 at ANZ Stadium for the 9th Annual Laugh Out Loud Comedy Breakfast. 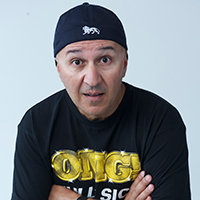 Tahir is one of Australia’s finest comedians and a huge supporter and Ambassador for Special Olympics Australia. He has been nominated for a Logie and named Comedian of the Year. Tahir has been a feature act in comedy venues around Australia and made numerous television appearances. He has been booked for countless private and corporate functions, is a regular at major comedy festivals and appeared at Celebrity Theatre Sports. Tahir has been involved in some of the most successful stage and screen productions in the country. As a performer, actor, writer and director, he is constantly in demand and is a proven performer both nationally and internationally. Co-creators and star of the hit comedy "Fat Pizza" and "Housos" and Co Creator of "Here Come The Habibs". 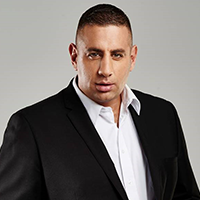 Rob Shehadie is no stranger to the Special Olympics Australia family as he has been a great supporter and ambassador for over 5 years. Rob is a well known actor, stand-up comedian, MC and writer. He is famous for starring in the hit shows Fat Pizza, Housos and the Succesful Channel 9 Hit show that he also created along with Tahir “Here Come the Habibs”. Rob has also toured Australia with several stage shows and made thousands of appearances at schools, clubs and charity events. He Is also the Face of TAFE NSW with his award winning campaign encouraging people to study and to get into the workforce. Rob has been a major part of NRL Rugby League and Cricket Australia, entertaining and as MC to the crowds that attend the games. He has worked for the Western Sydney Wanderers, Parramatta EELS, Canterbury Bulldogs, and the NRL finals series, State of Origin and Test matches. He was also part of the Cricket Big Bash League representing Sydney Thunder at ANZ Stadium. Over the years Rob has also done cameo appearances on Bondi Rescue – Channel Ten, Renovation Rescue – Channel Nine, Australian Idol – Channel Ten, The Footy Show (NRL) – Channel Nine, Music Max – Foxtel, Swift and Shift – SBS TV, Bogan Hunters – Channel 7mate, Housos Vs Authority – feature film and Fat Pizza Vs Housos – feature film. Rob Shehadie has many future projects in the pipeline and is sure to keep providing laughter for Australians. He’s made us laugh in the past and will guarantee to make us laugh in the future

We will be joined by comedians from the Sydney Comedy Festival. Please check back with us closer to the date to see who will be performing. 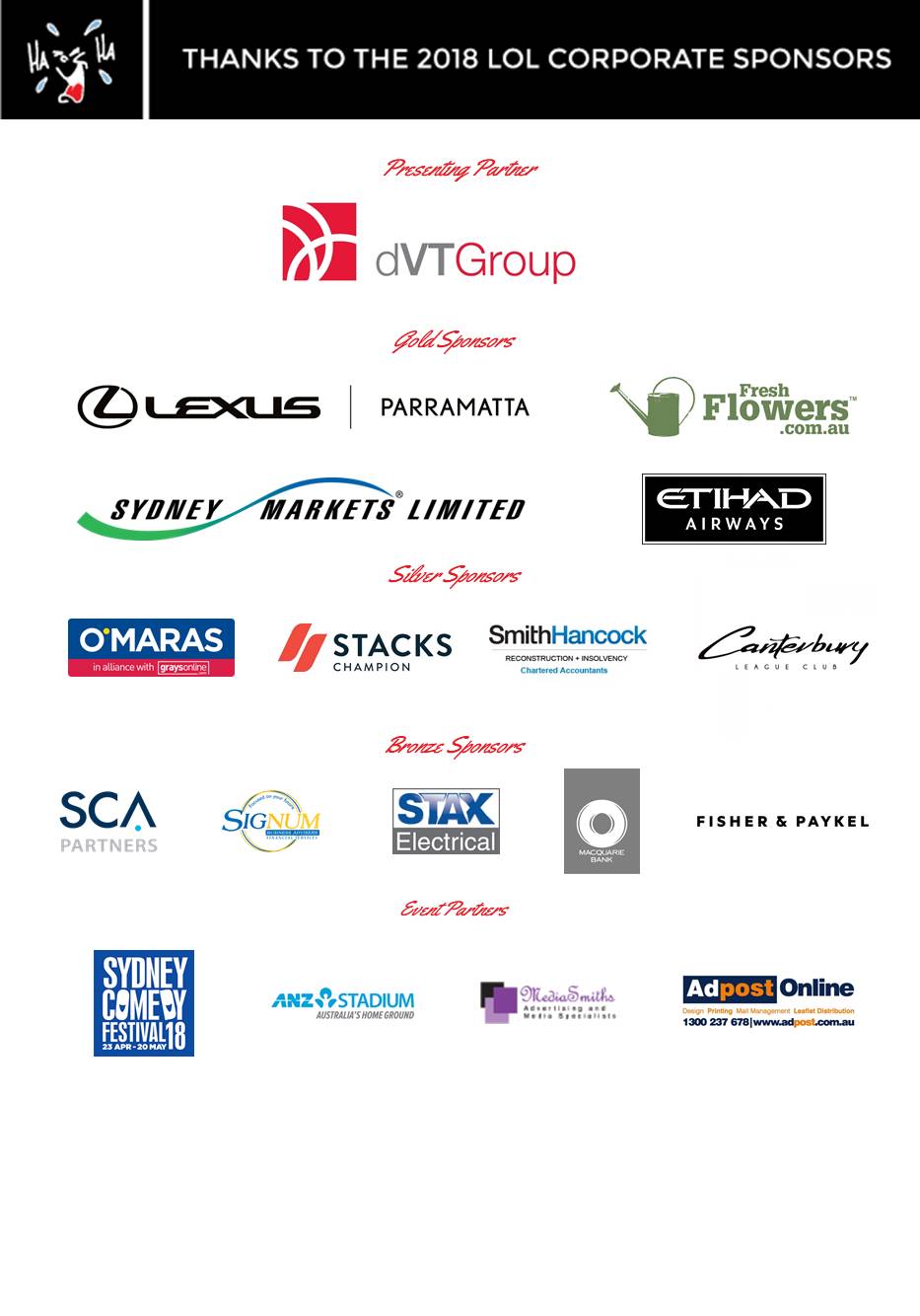